On your way to Islamorada, did you notice all the mile markers, those green and white sign posts along the side of the road? Here’s a story about the mile markers along the Overseas Highway in the Florida Keys, and a story of a man who helped make the highway possible. Well over a century ago the extraordinary determination of Henry Flagler helped put the Florida Keys on the map, and marking the Overseas Highway along the way.


US Highway 1 is the Overseas Highway

About 15 miles south of Miami is a long stretch of 43 islands floating southwest towards the Gulf of Mexico. These are the Florida Keys and they are connected by 42 bridges stretching 106 miles, from Key West to Key Largo, along US Highway 1, known as the Overseas Highway. The reference points along US Hwy 1 are the mile markers, which begin in sequence from the southern most tip of the keys to the north.


From Key West Mile Marker 0 to the Mainland Marker 127

Starting at the southernmost point in Key West, which is Mile Marker 0, the markers progress north until Mile Marker 127 on the mainland in Florida City. In general, each physical address along US Hwy 1 correlates to the nearest mile marker. For example, our vacation rentals here on Islamorada are next door to the Monroe Country Public Library which has a physical address of 81830 Overseas Hwy, Islamorada, FL 33036, which is referred to as Mile Marker 81.8, or MM 81.8. For another example, an address of 88000 Overseas Highway, is Mile Marker 88, locally famous for the excellent restaurant, Marker 88, one our favorite restaurants! Also in general, if the last number in the physical address is an even number, the address is located on the Bayside (gulf side) of the highway.  If the address is an odd number, the location is on the Atlantic Ocean side of the highway. 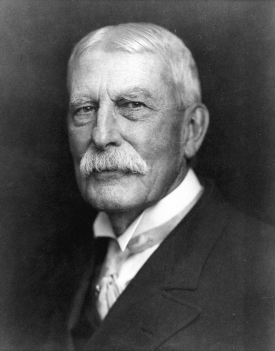 The common theory is that the practice of marking each mile with a marker originated from the first railroad system linking the entire east coast of Florida. The railways joining the entire state of Florida were the brainchild of Henry Flagler. Henry Flagler first came to Florida in 1878. He saw the potential for economic growth but also observed a lack of a solid transportation system. Flagler knew the potential for Florida’s vacation industry.

Flagler had previously co-founded Standard Oil along with John D Rockefeller and Samuel Adams. He gave up his day-to-day duties at Standard Oil in order to pursue his new found obsession of developing Florida into a premier tourist destination. He was convinced that the milder winters in Florida would be a huge attraction to holiday seekers from the North. But before a new industry could grow and flourish, it needed a good transportation system.

From at least as early as 1891 Henry Flagler could see the importance of building a railroad connecting the mainland of Florida down through the Islands of the Keys ending in Key West. Access to Key West, the southernmost deep water port of the US could open the doors to trade with Cuba and Latin America.

For many years there had also been talk of building the Panama Canal and Flagler could see how much this would mean economically to Key West and Florida. With the building of the canal, Key West would become the Panama Canal’s closest American deep water port in the United States on the Atlantic side.

Business people and residents along the Keys had desired a railroad since the 1830’s. Railroads were everything to everyone in the 19th Century. The consensus was that this was as important to the America’s as the Panama Canal. Henry Flagler’s work would add 156 miles of railway track from the mainland to Key West connecting all 43 islands. Most of the railroad had to be constructed over water with bridges made of steel and concrete.

This railway connecting the mainland to the Florida Keys would came to be referred to as the “Oversea Railroad”. Even to this day with paved road replacing the railway, the route is now known as the “Overseas Highway”. All the physical addresses along the Oversees Highway correspond to the Mile Markers that originated with Flagler’s railroad.